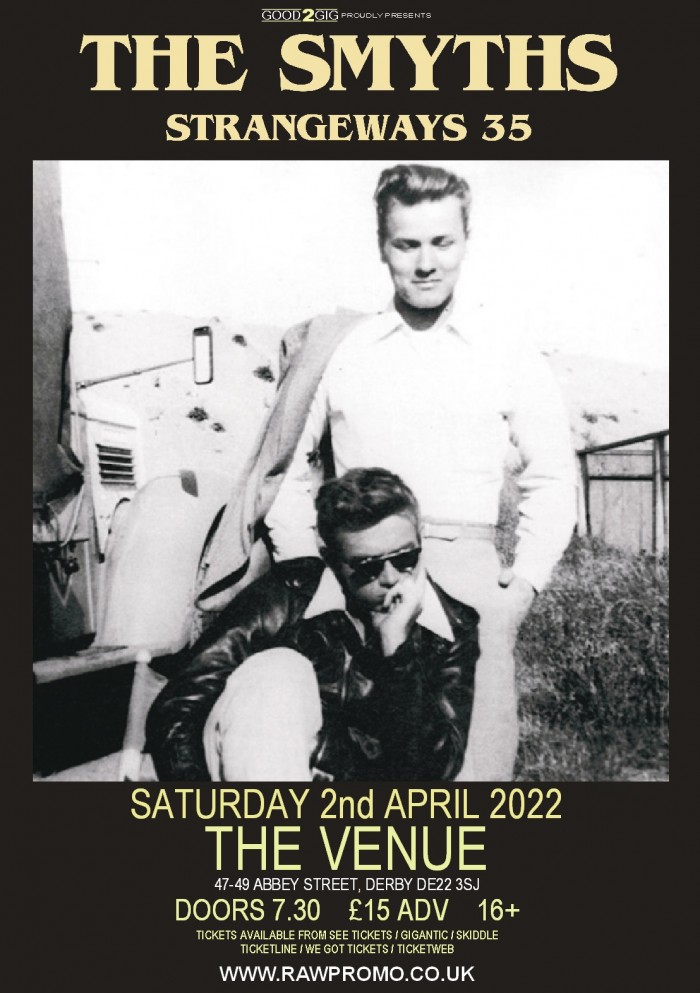 The Smyths - Strangeways, Here We Come

The Smyths, the world's premier Smiths tribute, are back!

'Strangeways, Here We Come' is the album The Smiths never got to play live, having being released after the band had split.

Using the 35th anniversary of the album's release, The Smyths perform the album in full for the first time ever, anywhere!

As usual, as well as featuring the tracks on the album, this gig will consist of a second set of hits and b-sides from Manchester's finest.