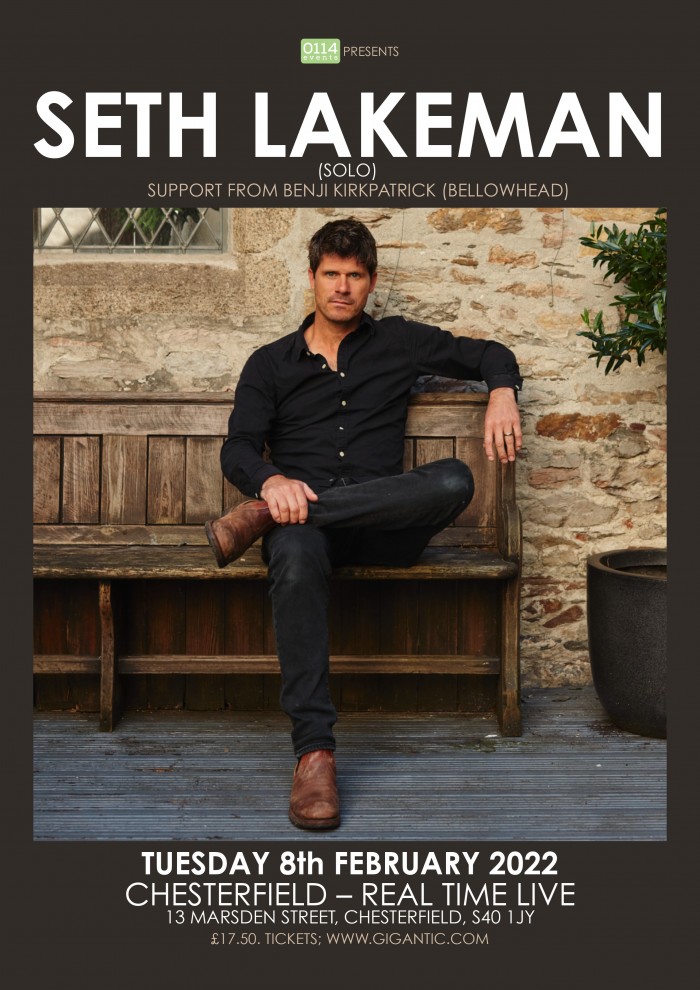 Charismatic singer-songwriter and multi-instrumentalist Seth Lakeman has announced a solo tour in February 2022 following on from shows in November and December around the release of his new studio album ‘Make Your Mark’, including the BBC Radio 2 playlisted single Higher We Aspire.

Supporting Seth on the new February dates will be folk singer and musician Benji Kirkpatrick (Bellowhead, Faustus) who has also worked with Seth for a number of years.